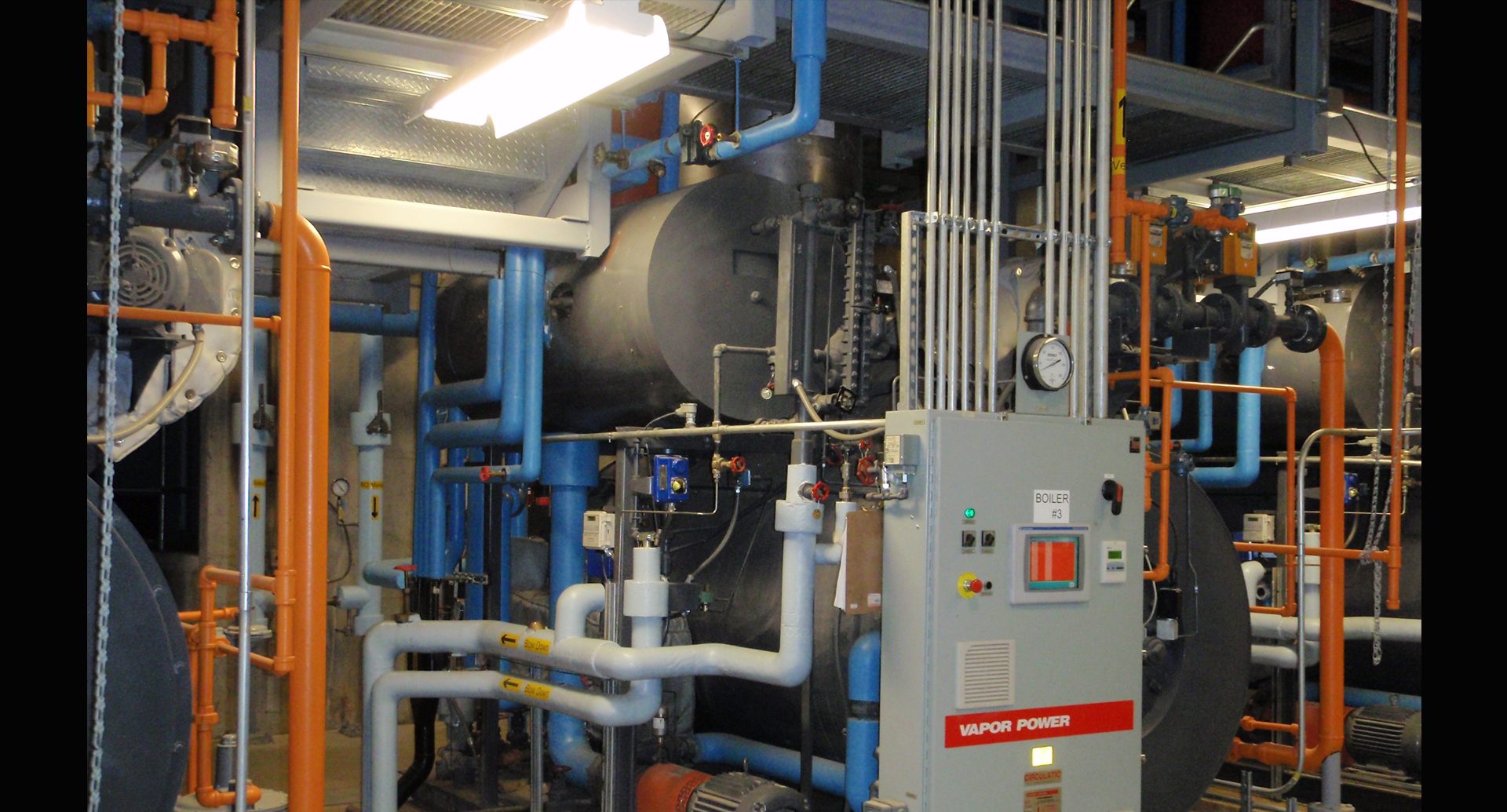 A large chemical manufacturing plant in Jacksonville, FL had to meet their corporate sustainability goals. They asked IWT to recommend a project that would help them meet that goal. Due to the nature of their process they only returned 50% of their condensate and due to the spread-out nature of the plant it wasn’t practical to return it. The plants boilers produced approximately 1.2mm lbs of steam per day, with an average blowdown of 10%. IWT engineered and specified a blowdown HX which resulted in an annual fuel savings of $120,000.00.

A large chemical plant located in the southeast had a large wooden induced draft cross flow cooling tower. The cooling tower was overrun with large algal mats. The distribution deck was 80% blocked resulting the overflowing of the hot deck. The severe fouling not only affected production but damaged the cooling tower (wood rot) sufficiently, to require $100,000.00 annually in repairs. The chemical vendor was severely underfeeding the biocide resulting in the fouling. IWT designed a biocide treatment program consisting of oxidizers, non-oxidizers and dispersants. Within two months the cooling tower was clean, hot decks were no longer overflowing and production saw a 30% increase in throughput. The cooling tower hasn’t required wood replacement in 3 years.

Manhattan- IWT was asked to clean 6 cooling towers that supply cooling to a large data center. The cooling towers were so badly fouled with sheets of algae and slime that they had to shut the evaporative condensers down and run them dry. This resulted in higher glycol temps, severely affecting computer room cooling. IWT was asked to see what was causing the severe micro-bio fouling. We sampled the make-up water at the cooling tower and discovered a conductivity of over 1000 mho’s. This was odd considering the NYC water conductivity is between 80-100 mho’s. We began tracking the make-up lines and found a 2” line off the city water supply that was tied into the glycol loop as a fast make-up. There was no backflow preventer and the 2” valve was wide open. The pressure on the city water at the cooling tower was 35 psi while the pressure on the glycol loop was 80 psi. The higher pressure of the glycol loop over came the city water pressure and became the new source of make-up for the cooling towers. Glycol being a hydro carbon became a nutrient source for the bacteria allowing uncontrollable growth. We immediately closed the valve until the installation of a back-flow preventer could be installed. The cooling towers were closed and the glycol loop was recharged to 30% by volume. The cooling towers are running trouble free, ever since. Savings are estimated in the $100,000.00-$200,000.00 range. Not to mention a $1.6MM project to replace the coils.